Dan Carter lining up a kick to win the 2011 Rugby World Cup is not the only goal we want to score next year. For Kiwi exporters it represents a huge opportunity, and one that will see the flags stay down unless they are well prepared.

It’s hard to overstate the potential benefits of RWC 2011 to New Zealand, apart from the obvious possibility we may be able to avoid choking for a chance and finally win the thing again.

In 275 days time a multitude of well-heeled footy fans will open their wallets, pouring millions into local economies. RWC is known as a ‘rich’ tournament, as one of the highest ‘paying’ attendances of any major world sporting event. It hasn’t quite descended into the largesse and byzantine politics of FIFA yet.

It’s been estimated that the tournament could inject $1 billion into the local economy directly. A report by accountants Deloitte in 2009 estimated the total gain for a country hosting the world cup could be as much as $4 billion.

Tourism alone will gain exposure that will bear fruit for years to come. There is new infrastructure being built, and the jobs that go with that.

The possibilities for any exporter, especially those selling high value products business-to-business (B2B), are exciting. 85,000 visitors will be exposed to the country, and they’ll have many opportunities to build relationships that could turn into sales.

Amongst the crowds will be powerful, well-connected business people from key New Zealand export markets like Australia, the United Kingdom, the USA and Japan. For 44 days they will be here enjoying our country, having plenty of time between games to do business.

Last week I was calling a business person in the UK, and as soon I mentioned ‘New Zealand’ he launched into long and excited description of his trip downunder next year. It was an easy way to start a commercial relationship.

The government has acknowledged the business opportunities presented and is investing a lot in setting up hosting opportunities. An official “NZ 2011” office has been established to drive events, including a business club that visitors can join to specify what Kiwi industries they are interested in.

For specific industries like technology, government and business organisations are putting together numerous forums for RWC visitors. There are workshops, showcases and all manner of other events being held around the country to show off the hi-tech offerings of local companies.

New Zealand Trade and Enterprise are heavily involved, including initiatives like funding a hi-tech project to show off Kiwi smarts during the event. Regional economic development agencies like the Canterbury Development Corporation are playing a central role at coordinating activities for business in their domain.

So businesses just need to turn up to win? For any Kiwi exporter seeking to make hay while the RWC shines, leaving it all to government and other agencies is a big mistake. Simply waiting for the hordes to descend will end in frustration.

Too many businesses have been seduced before by the excitement of major regional events like the Sydney 2000 Olympics or the Americas Cup in Auckland, spending enormous sums on corporate hosting and not getting the dividends.

That’s because some fail to realise that the event only gives a platform to meet people, but there is a whole lot of other work to be done to maximise it. Well before the tournament, you need a clear idea of who you are targeting, in what markets, with a clear idea of your competitive advantage.

Not doing so is akin to the All Blacks turning up to next year’s tournament without any training or lead-up games. They might somehow succeed still, but the odds are much reduced.

Expecting to engage with business people when they arrive won’t work. Many of them either won’t be in your target market or interested in what you offer. And even if they are potential buyers, the chances of getting a sale diminish if they’ve never heard of you before arriving.

Any sale, particularly a complex B2B one, goes through a series of stages before being completed. From first becoming aware of your product, building an understanding of the benefits you offer and gaining confidence you can deliver right through to the purchase and post-sale. Taking a prospect through all of these stages typically takes time, and can’t be done between beers at a corporate box.

To be successful businesses must see the RWC marketing opportunity as a 12 month process. It starts months before, working the RWC into prospecting, perhaps offering incentives to attend through your tradeshow activities or online promotions.

During the event it takes an intense effort during the prospect’s visit to New Zealand, maximising the hosting opportunities, exposing them to your star customers and top staff. Finally, it is about completing the process with an organised and focussed follow-up once they return home.

Although the All Blacks might be having a well earned few weeks rest at the moment, intense preparation will soon start for next year’s challenges. To avoid a ‘knock-on’ at the RWC 2011 businesses must take their preparation seriously too.

Marketing is the Key
Strategy

Marketing is the Key 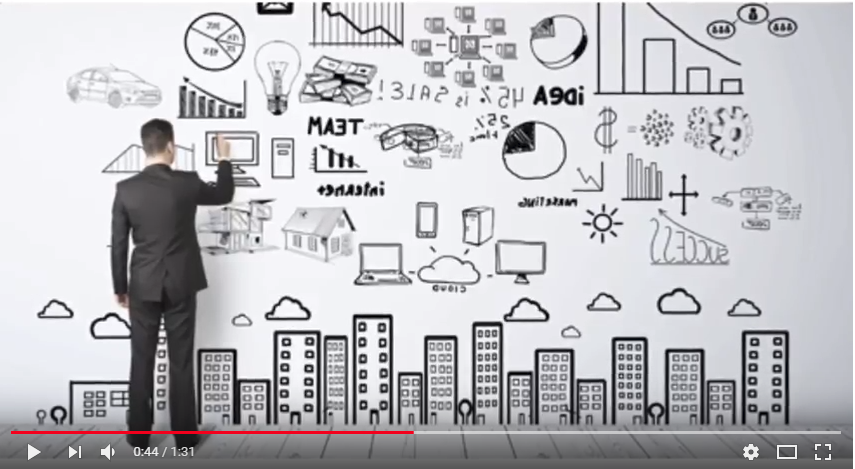 The feasibility of your business idea