Us marketing types pride ourselves on being on the cutting edge, relentlessly pursuing innovative ways to help companies sell more of what they produce.  Following what Facebook or Google are doing, or analysing Apple’s latest marketing move.

In reality, I could do no better than taking some lessons from my great uncle Cyril Cox, and a brilliant promotional project he worked on over a hundred years ago.

The project was the New Zealand institution that is The Edmonds Cookbook. As Kiwi as gumboots, buzzy bees and fish and chips, it actually started life as a grubby old marketing tool.

Today we would call it a piece of ‘content marketing’, the latest buzzword in how to attract customers in a world where they are being drowned in marketing information from all angles.

As Wikipedia describes it, “Content marketing subscribes to the notion that delivering high-quality, relevant and valuable information to prospects and customers drives profitable consumer action.”

Companies worldwide are publishing e-books, authoring white papers, filming video case studies or conducting podcast interviews in an endeavour to offer prospective customers something of enough value to encourage them into a commercial relationship.

And it can be a far better way for many companies to reach new customers, rather than the moronic promotions that too often dominate. As marketing writer Hugh Macloed puts it “If you talked to people the way advertising talked to people, they’d punch you in the face.”

‘New’, ‘leading-edge’, ‘game-changing’ are all terms that have been used to describe this new content marketing trend. Except that a Canterbury company probably invented it in 1907.

Edmonds is a famous Canterbury business. An image of its’ original Linwood-based building (demolished in 1990) still adorns product packaging, although the brand is now owned by food manufacturer Goodman Fielder.

Such a consistent visual identity is something a few large New Zealand companies could learn from, given they seem to change their logo every time the marketing department gets bored with it.

Thomas Edmonds started his business in 1879, stepping off a ship from England and setting up a grocery store in Christchurch’s east. He developed his famous baking powder in response to continual complaints from customers that existing products didn’t do the job.

Like many product innovators before and after him, Thomas Edmonds didn’t actually find this translated into instant demand for his new baking powder product, with merchants uninterested in stocking it.

In response, Edmonds closed his store and spent many long days trudging about Christchurch handing out samples to housewives.

Brilliant and intuitive marketer that he was, Edmonds refused upfront payment for the product, saying he would return and only accept money if they were completely satisfied. Reportedly every single person paid.

He also knew the power of a tagline, adapting his brand’s famous marketing statement from an interaction he had with an early customer who questioned the baking powder’s efficacy, to which he replied, “Yes Ma’am, it is sure to rise.”

Thomas Edmonds’ real focus on customer satisfaction rather than simply peddling his goods worked, with sales of his tins increasing from 1000 in 1879 to 429,000 by 1906.

A relentless innovator, Edmonds was always looking for new ways to increase sales of his product, and in 1907 decided to publish a cookbook, initially a 50 page leaflet with 100 recipes most of which were for food that required baking powder.

This is where my great-uncle Cyril Cox comes in, who, as Edmonds factory manager played a key role in assembling early versions of the annual cookbook.

And the tactic worked brilliantly. Sales of Edmonds baking powder increased 30% the year after, reaching 2.5 million units by 1925.

Over time it has come to reflect changes in our culture.

Originally the cookbook featured mainly baked goods, and then broadened as reliable refrigeration and electric ovens become common and enabled a wider range of recipes.

Depression year’s editions reflected a shortage of many ingredients, and post-world war two there was a greater influence of American dishes, a legacy of the many US troops who spent time in New Zealand.

Today the Edmonds Cookbook is an institution, even boasting its own fan page on Facebook.

Pretty good for a humble piece of marketing fluff.

The Edmonds Cookbook is fundamentally great marketing, which more of us should try and emulate. To provide useful information to customers rather than just try and sell, sell, sell.

It’s that aim that should drive content marketing. To really help your customers achieve something, not just try and ‘suck’ them into buying with some semi-useful dross. To be a servant rather than a cynic.

It’s the way my great uncle Cyril would like it. 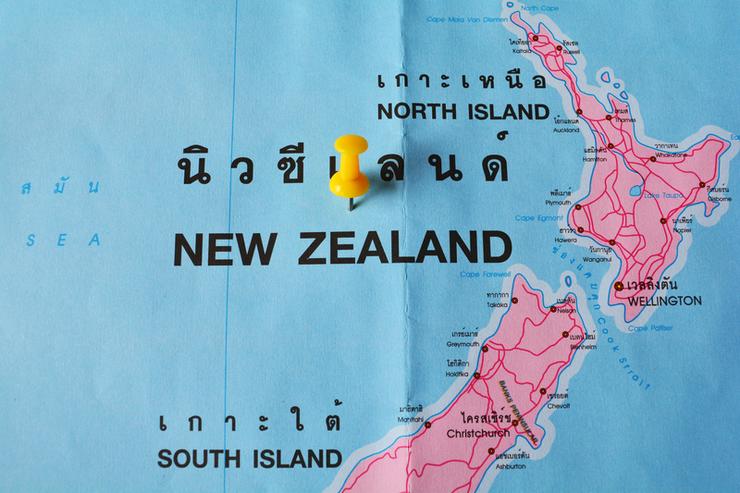