Differentiate, but don't be different

When it comes to export marketing though, being ‘different’ is actually a poor marketing strategy; rather it is ‘differentiating’ that brings profitable sales. The difference is subtle but fundamental.

Take the digital camera. At a local seminar several years ago, a renowned American product designer gave a fascinating account of working within a major electronics company as they were developing one of the first digital cameras.

Early prototypes were a tablet-like device with a big lens attached to the front. Users looked down at the screen in their lap while the lens pointed forward to capture the image.

Test consumers hated it, didn’t really understand it and struggled to see if it would be of any use to them. It was simply too different.

After this initial feedback, the product designers decided to develop a new prototype that was more like a traditional point and click film-based camera. And much to the engineers’ disgust, they also added a shutter sound to mimic the exposure sound a film-based camera makes, even though the device was quite capable of capturing images soundlessly.

The benefits of the original digital camera prototype were significant, it could take and store high quality images without the need for film, and it was silent and portable. But it was too unfamiliar for consumers, too different. Neither change to the design enhanced the functionality of the device, but both were critical to its success.The changes made the device familiar to consumers, something they could grasp easily and then enjoy the additional benefits it offered. The rest is history.

Margarine is another interesting example.

Margarine was white when originally marketed in the 1940s. It was cheaper and healthier than butter, but initial sales were poor.

Until the manufacturers did some customer research and decide to change the colour to yellow. This did nothing for the taste or nutritional benefit of the product, but it transformed people’s attitude to the spread.

As the dictionary defines it, different means “not alike in character or quality; differing; dissimilar. Not ordinary, unusual.” Different is strange, weird, risky. Not something the majority of customers want.

A segment of a market are willing take risks and try something completely new, but the larger and most profitable groups of consumers resist change. The better approach is to not be different, but to differentiate.

Differentiate means “to form or mark differently from other such things.” That is, it’s a variation on a theme rather than something completely new.

How do you differentiate, rather than simply be different?

Firstly, it’s about identifying the category your product fits in. Customers will want to start their search for your type of product in some broadly familiar area, so you need to be associated with that.

Secondly, it’s important to understand the customer problem your product is solving. Problems are enduring, it is the solutions we create that are constantly evolving and developing.

In camera terms, humans have been recording their memories and impressions of the world around them since our ancestors started writing on cave walls. The solution then was a bit of coal and a rock wall, and after many evolutions has become a digital device. The need has never changed over that time, it is constant and fundamental.

Once you have established the category you fit in, and what customer need you are meeting, you can then seek to differentiate, articulate how your product is a fresh way of solving that problem.

While being able to sell your unique benefits, you also need to reduce the risk of being seen as too different. As an exporter you start from a point of being different so one of the challenges is minimising that difference being seen as risky by potential customers.

For example, a successful Kiwi software exporter has been very successful in the USA by making it as simple as possible for consumers.

While not hiding the fact they are a New Zealand company, from an early stage in their market entry they set up a US office early, operated an 1800 number and employed American staff doing sales. It made the whole process more comfortable, and more familiar for customers.

It’s about being as simple as possible.

Focussing on creating a great customer experience is often the best ‘marketing’ any company can do, especially for technology products. In an online world where people share their opinion about products instantly and widely, delivering an outstanding experience is a powerful tool.

Why is simplicity so attractive?

As customers we are comfortable in our warm little view of the world - we don’t want to work to understand and use something new unless we really see something in it for us. We want to resist all of those annoying adverts and products and persistent sales men.

Making a product as simple as possible for a customer helps overcome this – so simple it fits neatly into a customer’s life, and is easy to understand, assess and buy.

This means you must get your product ideas into potential ‘real’ customers as soon as you can, paying attention to the unwritten rule that ‘no product ever survives the first contact with a customer.’

You will always have something wrong, no matter how carefully you have thought about and engineered your product. You will never have made it simple enough.

Simplicity should extend to the way your product is promoted to a market, something many technology companies struggle with.

Being able to convey what your product does, rather than what it is, is the secret. My 12 year old son wouldn’t have clue (much less his father) what an antineoplastic drug that acts by destroying cells that divide rapidly is, but he would get that chemotherapy is medicine that helps people with cancer get better.

Being able to deliver a powerful experience simply is at the core of great export marketing, as is being able to explain that in clear and uncomplicated terms. And with it conveying it to a potential customer that you are not different, foreign and risky; but simply a fresh new way of meeting an existing and familiar need.

Exporters Need More than a Good Product to Compete in Market 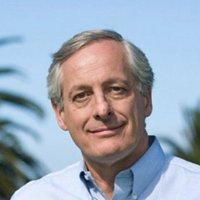 Being different is a poor strategy