Marketing is the Key

I have a simple suggestion for rapidly advancing New Zealand's ambition to become an innovation-driven economy. The government should round up the many inventors, programmers, scientists, engineers and even garden-shed tinkerers our country is blessed with and lock them up. We then do a stock-take of what they have already invented and work out what we can sell at a profit.

We all want New Zealand to become a more innovation-based economy. The government's 2002 ICT (information and communications technology) Taskforce report talked of doubling the sector's importance to the economy, increasing ICT's share of GDP from 4.3% to 10% by 2012, of having 100 $100 million companies by that time. All good and fine, but we have a fundamental problem. Not enough of our technology entrepreneurs are asking themselves the question "who is going to buy the damn thing" and the government is not doing enough to help them to do so.

The spending of New Zealand technology companies on sales and marketing is behind the international mainstream, particularly the United States. The American Electronics Association (AEA), who describe themselves as the largest trade association for all segments of the high technology sector, has determined average spending ratios on the tasks of marketing, promoting and selling products. As a ratio of total revenue, the AEA study found components manufacturers typically spend 15-20%, systems/instruments 25-30% and software 40-60%.

40-60% might seem astonishingly high, but it is backed by another study by US software marketing analysts Soft Letter. It found in a 2003 study that publicly listed US software companies, who were typically in acquisition or growth mode, spent between 45-50% of their revenue on sales and marketing. Software companies in more of a maintenance mode spent around 21%. Even Microsoft, a company with massive market dominance, still spent 19% of its $40 billion revenue in 2004 on the selling and marketing of its products.

"Having good technology that works is necessary for success. However, having good technology is not sufficient," says US marketing expert and former engineer Ray Grabowski of Marketingvp.com. Very successful technology companies "... invest more in marketing than in engineering. They invest, on average, two dollars in marketing (exclusive of promotion and selling) for every dollar invested in engineering. They invest this up-front, before the product is ready."

One of Graboswki's specific examples is software success Intuit, which he says spent 50% more on marketing than it did on engineering prior to launching. The producer of the ubiquitous small business accounting software Quicken, Intuit is now a $1.9 billion company with nearly 7000 employees.

This mindset is not reflected in the significant efforts New Zealand government agencies make to support innovation-based businesses. We reward innovation with the seeming belief that as a country if we can generate 1000 good ideas we will transform the economy.

New Zealand technology start-ups are spending hundreds of thousands getting their products to the starting line with no idea of the level of sustainable demand and almost no budget for post-launch promotion and sales activity. Even some larger companies are suffering mediocre performance because they treat sales and marketing expenditure as something that needs to be minimised, while they continue to pour large amounts of money into further product development.

100 $100 million companies will be an embarrassing pipedream unless we can significantly increase our commitment to sales and marketing. So what do we need to do?

"If it doesn't sell, it isn't creative," advertising guru David Ogilivy once said, referring to his own industry. It could just as well apply to the creativity of our New Zealand entrepreneurs. We can be creating and innovating for ever while our competitors steal our lunch by being smarter at sales and marketing. The first question for any new invention must be not "what does it do", but "who's going to buy it." 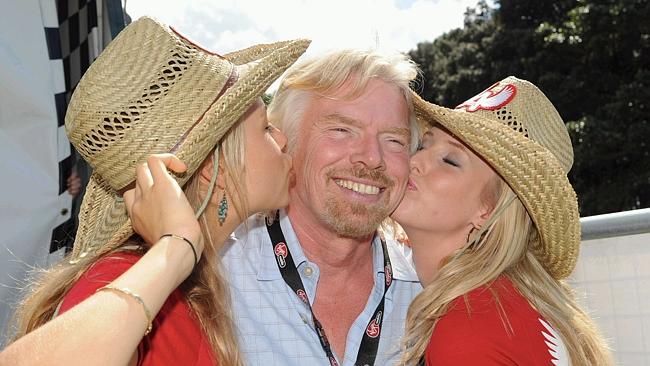 October 18, 2011 3 min read
The feasibility of your business idea

The feasibility of your business idea