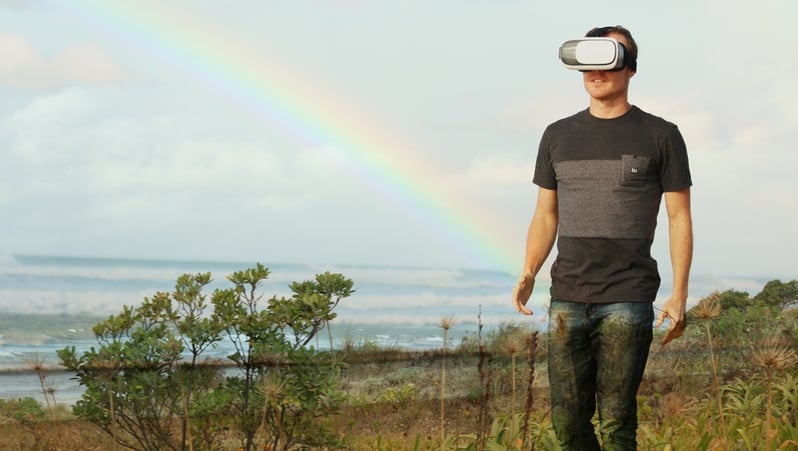 Is it time to chop your toothbrush?

Steve Gurney is one of New Zealand’s greatest endurance athletes. A nine-time winner of the famous Coast to Coast multisport race, and champion of various adventure events around the world, the inimitable Gurney was famous for his meticulous, almost obsessive preparation.

At a fascinating presentation I attended, Gurney detailed his efforts at preparing for multi-day adventure races. Such was his commitment to maximum efficiency, he went through every item of gear, looking for any way of reducing waste. This extended to chopping his toothbrush in half to reduce the weight!

A focus on eliminating waste could help the sales and marketing of tech companies, and something that Kiwi companies are struggling with according to the Market Measures 2017 survey.

Kiwi technology needs to sell itself smarter to realise its full potential to become the country’s largest export industry, according to the report.

“We don’t face the same environmental constraints of the other two major export sectors –agriculture and tourism – so the potential for tech is virtually limitless,” says Owen Scott, Managing Director of Concentrate Limited, who organise the study along with fellow tech marketing company Swaytech.

“Improving our ability to sell efficiently is one way of unlocking this potential, and ultimately becoming New Zealand’s primary export industry,” says Scott.

Now in its ninth year, Market Measures gathers information about sales and marketing from over 300 New Zealand technology companies, and compares the results to similar data from the USA.

“In the 2017 study we have found that Kiwi companies are over-reliant on company founders and high-value sales people to sell their products and services. More than 46% of companies said a founder was still closely involved in sales, and the average sales person in an export market was paid a base salary almost 50% higher than the typical equivalent US sales person.”

“It’s not a scalable approach to generating export sales – 40% of the surveyed companies reported that productivity was their main problem when it came to managing their sales teams,” says Scott.

Bob Pinchin, Managing Director of Swaytech, says the fact that US companies used on average three times the number of digital sales tools (e.g. email automation, contact intelligence and similar) than their New Zealand counterparts, was evidence they were more focussed on efficiency.

“In the tech industry we call this ‘eating your own dog food’, but our firms are turning their nose up at these tools at the moment.”

“We have talented tech sales people who convert leads at an incredibly high rate, but it’s the volume of sales that is the issue – this productivity challenge is one we have to solve to overtake the other two big export industries,” says Pinchin.

“Our tech sales people are really ‘artists’, talented and creative and able to craft sales, but what we need more of is scientists – people operating within a rigorous system able to produce repeatable, predictable sales results at a lower cost,” says Scott.

Scott says that more than ever before, New Zealand tech companies must be willing to invest in sales and marketing, which has been a constant trend of Market Measures since it began in 2008.

“It ranges from a stable 25% of annual revenue spent on sales and marketing (including salaries and costs) for established companies, through to an aggressive 86% for start-up tech businesses.”

“NZTE works with an increasing number of internationally successful tech companies but as the Market Measures study suggests, some of them – big and small – are forgetting to cover some of the basics that lead to export growth,” says Charles Haddrell, Customer Director at  NZTE, the principal sponsor of Market Measures.

“Getting your sales and marketing strategies right isn’t just a nice to have – it’s a must have. We’ve worked with hundreds of companies and know from experience that implementing robust sales processes, developing sales and execution skills, hiring well, and being aware of the technologies to support the sales and marketing functions are vital to being successful overseas,” says Haddrell.

Infographic: How much are Kiwi tech companies spending on sales and marketing? 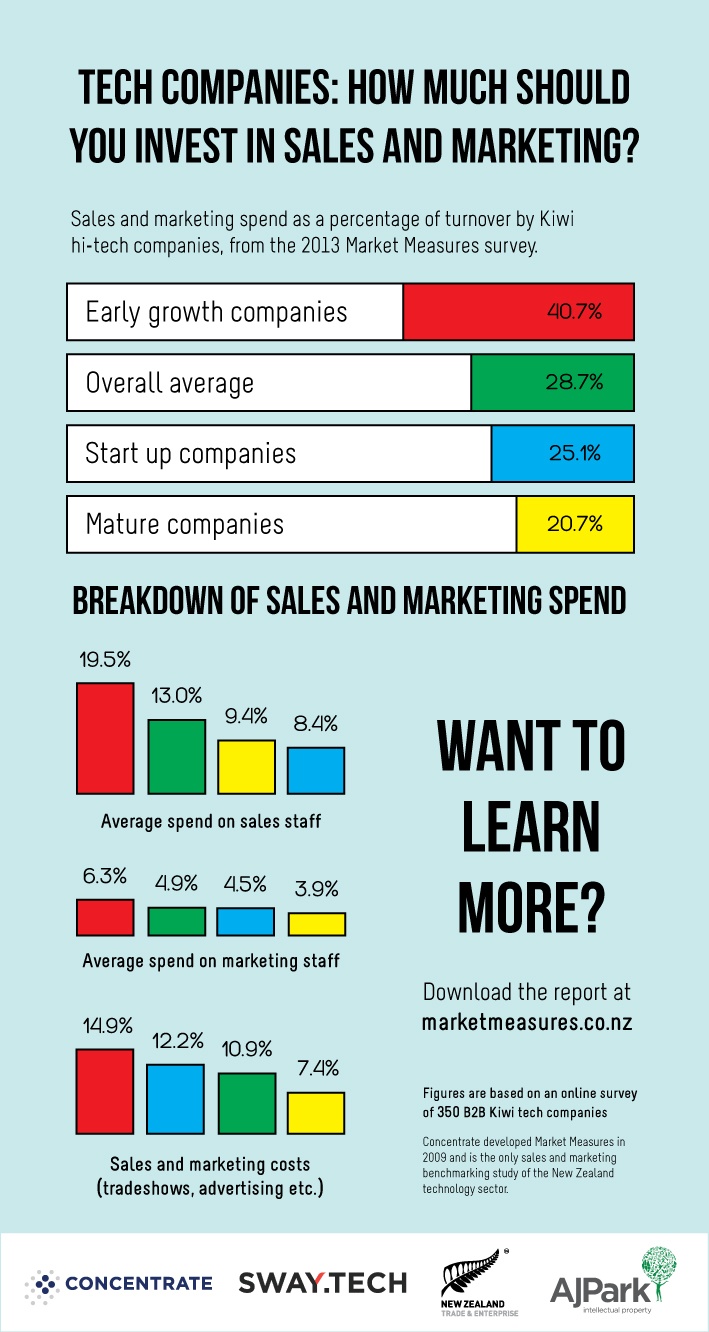 Infographic: How much are Kiwi tech companies spending on sales and marketing? 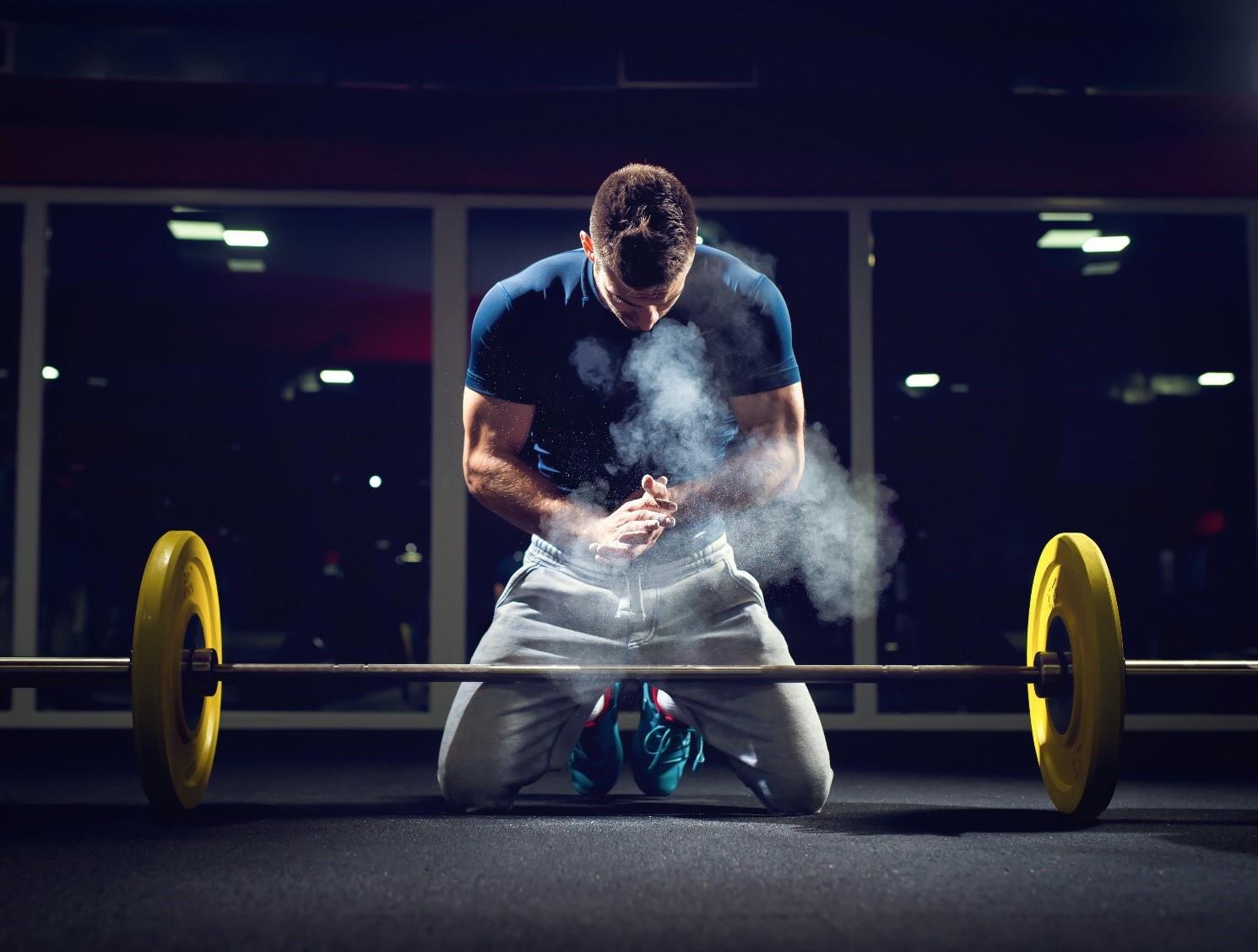 Market Measures 2018 - insights from the best in tech